Customized and intuitive interfaces – but not only in cars.

The Berlin-based software company Incari is working on new Human Machine Interfaces (HMI) that tap the potential of digital technologies in the aviation and shipping industries, in a move that will set new standards in cockpits and on ships’ bridges. As with the cooperation with Piëch Automotive in the development of the digital cockpit in the Piëch GT electric sports car, the Incari method promises an efficient and cost-effective approach towards visionary HMI interfaces in other industries as well.

“Incari can be used wherever human-machine interfaces are needed,” says Osman Dumbuya, founder and CEO of Incari. “The days when the mouse was the only interface for computers are over. Touchscreens, gesture control, and voice control are a reality today. But augmented reality, remote touch, and computer-brain interfaces are just beginning. At Incari, we are providing the technology needed to unlock the potential of new technologies across many industries.”

Incari breaks with the traditional methods of HMI development. Designers and developers no longer work sequentially on new technologies. Instead, they work in parallel and together in a common software environment from the very beginning. Thanks to this approach, subsequent adjustments, which are often time-consuming and cost-intensive due to non-implementability that is only discovered later in the process, are completely eliminated.

Incari’s software also takes a 3D-first approach. This offers entirely new possibilities in user comfort – especially in conjunction with augmented reality (AR). The Incari method promises a reduction in development times in the HMI area of up to 70 percent with simultaneously lower personnel requirements and a higher-quality end-user experience. 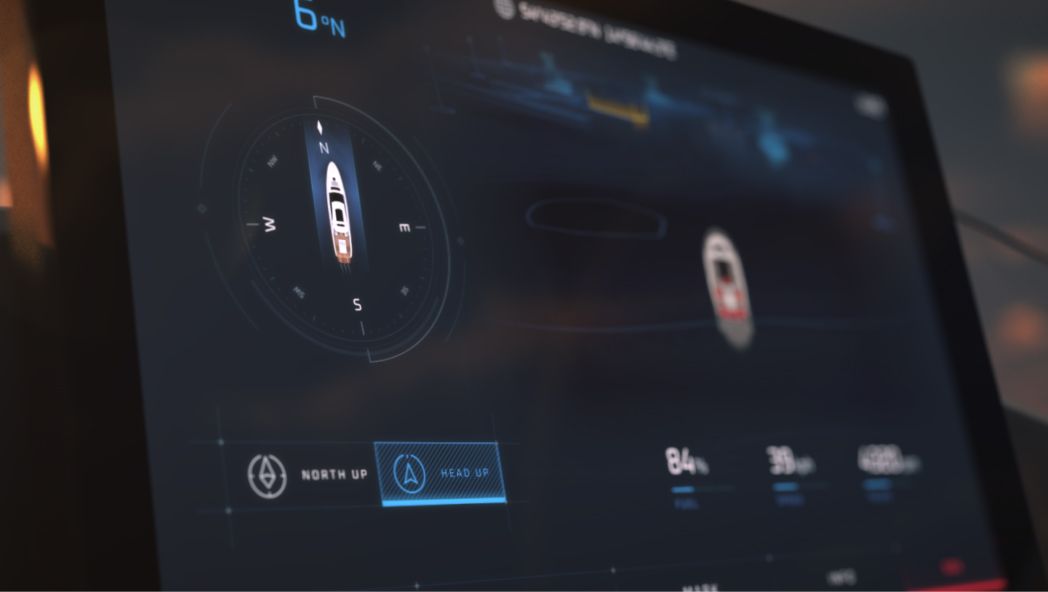 Incari Studio is a software platform with an intuitive visual user interface. It enables users who lack programming skills to design complex interfaces in 3D, while at the same time generating a very clean programming code. Moreover, Incari provides a common software environment for developers and designers who are already in the prototyping phase. This brings flexibility and saves time

“Using traditional development methods, changing the design of just a single element often takes up to 14 days and involves five-figure sums. With Incari, it can be done in minutes,” Dumbuya said.

While the ease of use of cars is changing rapidly, other industries are lagging behind in the digital transformation. Incari reduces the complexity of HMI development and enables the use of state-of-the-art technologies. Thanks to these, the control of aircraft and ships also becomes easier and safer. Other application areas include the virtual representation of three-dimensional construction plans on construction sites or in medicine, for example, with the remote control of a surgical robotic arm.

“In the future, screens and displays won’t be the only user interfaces; projected, on-the-fly, customized widgets will become a reality at Incari in the next few months – rather than in 2054 as depicted in the movie Minority Report,” Dumbuya says.

Incari has research and development collaborations with the Institute for Open Communication Systems and the Fraunhofer Institute for Industrial Engineering, as well as the Daimler Center for Automotive IT Innovations.

This website uses cookies to improve your experience while you navigate through the website. Out of these cookies, the cookies that are categorized as necessary are stored on your browser as they are essential for the working of basic functionalities of the website. We also use third-party cookies that help us analyze and understand how you use this website. These cookies will be stored in your browser only with your consent. You also have the option to opt-out of these cookies. But opting out of some of these cookies may have an effect on your browsing experience.
Necessary Always Enabled
Necessary cookies are absolutely essential for the website to function properly. This category only includes cookies that ensures basic functionalities and security features of the website. These cookies do not store any personal information.
Non Necessary
Any cookies that may not be particularly necessary for the website to function and is used specifically to collect user personal data via analytics, ads, other embedded contents are termed as non-necessary cookies. It is mandatory to procure user consent prior to running these cookies on your website.
Analytics
Analytical cookies are used to understand how visitors interact with the website. These cookies help provide information on metrics the number of visitors, bounce rate, traffic source, etc.
Advertisement
Advertisement cookies are used to provide visitors with relevant ads and marketing campaigns. These cookies track visitors across websites and collect information to provide customized ads.
Others
Other uncategorized cookies are those that are being analyzed and have not been classified into a category as yet.
Save & Accept
Powered by