The MC-one prototype, a one-seater electric vertical takeoff and landing aircraft (eVTOL), has been presented by MC CLIC at the Top Marques Monaco show. It is the first project to arise from the UI development cooperation between Berlin software company Incari, French prototype development company L2concept and Factory Unit.

“The interface design of the MC-one paves the way for the future of the industry,” says Osman Dumbuya, Founder and CEO of Incari. “Our collaboration is pioneering the way human-machine interaction will be experienced in the future. With Incari technology we push the limits on what is already possible today in UI design for all vehicle types from cars to eVTOLs.” 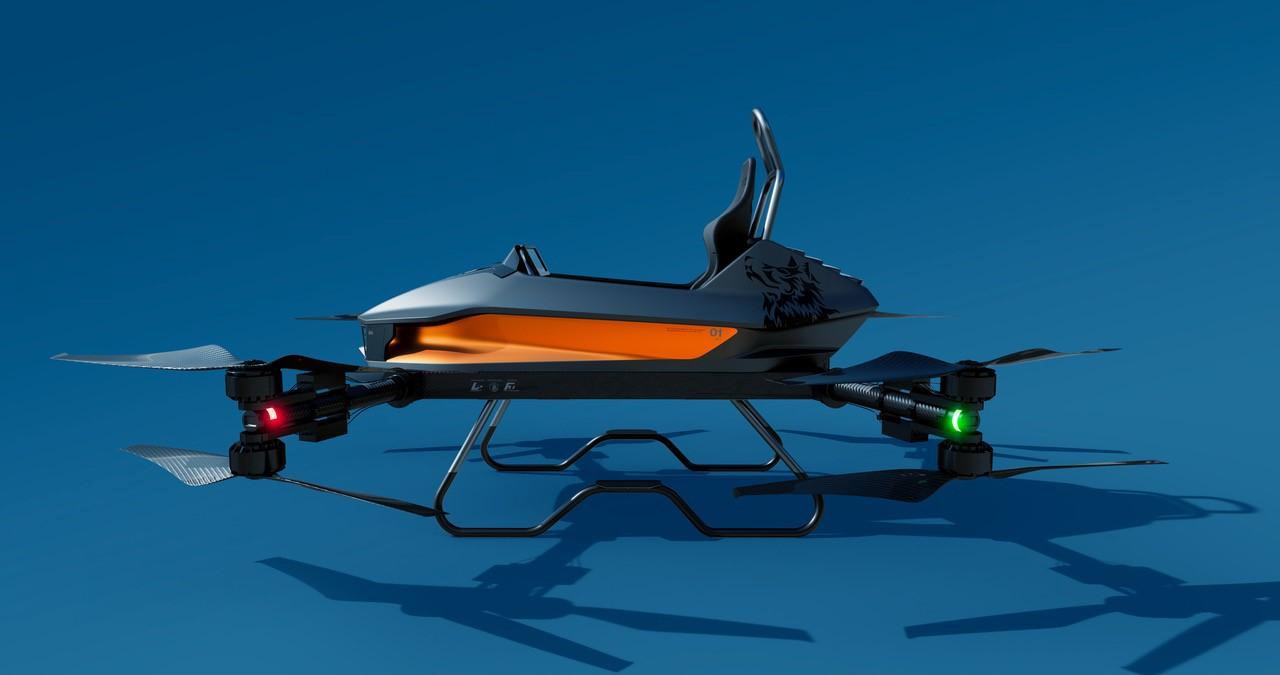 Developed with Incaris software platform Incari Studio, the proof of concept for the future of urban mobility offers a user interface (UI) as it has existed so far only in Hollywood productions. The team created a dynamic onboard display that leverages onboard sensors and peripherals as well as real time information to the passenger. During the flight, the UI leverages augmented reality to deliver an overlay of graphics and 3D assets including different camera views. Additionally, the UI is dynamic and interacts directly with the hardware through the standard NavLink communication protocol coded by MC CLIC experts.

Incari’s UI solution offers a system of interfaces connected in motion with a mix of graphic media content and no-code logic. Offering more than just a few motion graphics on a screen, it pushes beyond common interface standards. The display of the MC-one is a fully customizable interface activated by a unique NFT, which owners receive when they purchase the eVTOL. The NFT also functions as the key to initiate the onboard system and to register the passengers certified journey plan.

The autonomous eVTOL combines next generation UI with machine learning

The MC-one is a proof of concept for the future of urban mobility. It can carry up to 400 kilograms, flies autonomously, and enables anyone to move from point A to B without worrying about infrastructure or traffic. For now, the MC-one is intended solely for private environments but offers a fully accessible solution for early-adopters and pioneers who want to experience the future today. The MC-one is available for pre-order now at a cost ranging from 140.000 Euro to 180.00 Euro without specific requests on the design. The delivery will start in Q2 2023.

“The MC-one prototype combines a next generation UI with machine learning processes. We believe it is the first concept of its type,” says David Carvalho, Managing Director at L2concept. “This proof of concept is not only a step towards the future, but a revolutionary leap to bring back creativity in UI practices.”

The MC-one celebrated its premiere at the MC CLIC boot at the 17th edition of Top Marques Monaco, one of the world’s most exclusive shows for supercars, motorbikes, aerial vehicles as well as superboats and waterboats. The show takes place on the Esplanade of the Grimaldi Forum under the High Patronage of HSH Prince Albert II of Monaco.

Incari was founded in April 2021 by Osman Dumbuya and Alexander Grasse, having evolved from the predecessor company CGI Studio GmbH. The company is based in Berlin and has offices in France and Poland. About 50 people work for Incari.

L2concept is a Transportation Design and mobility experience prototype company founded by Alain Grandjean in 2011 and joined by former Pininfarina SVP Design David Carvalho last year. The offices are located in Los Angeles and the French Riviera in Antibes, near Nice, and benefit from its proximity to the Sophia Antipolis Science and Technology Park, an ecosystem that curates the most advanced AI-based technologies and solutions in Europe. L2concept helps you communicate excitement and interest by involving human factors at the core of your product development strategy: Test Early, Fail Often and Succeed Faster.

MC CLIC is a company based in Monaco that, for more than 10 years, has created all kinds of sophisticated land, air and submarine drones. They have strong expertise on developing systems capable of carrying out heavy-duty work for specific applications. The MC-one is the result of consolidated advanced knowledge in this field and of Erwan Grimaud’s recognized experience as a professional advanced drone pilot.